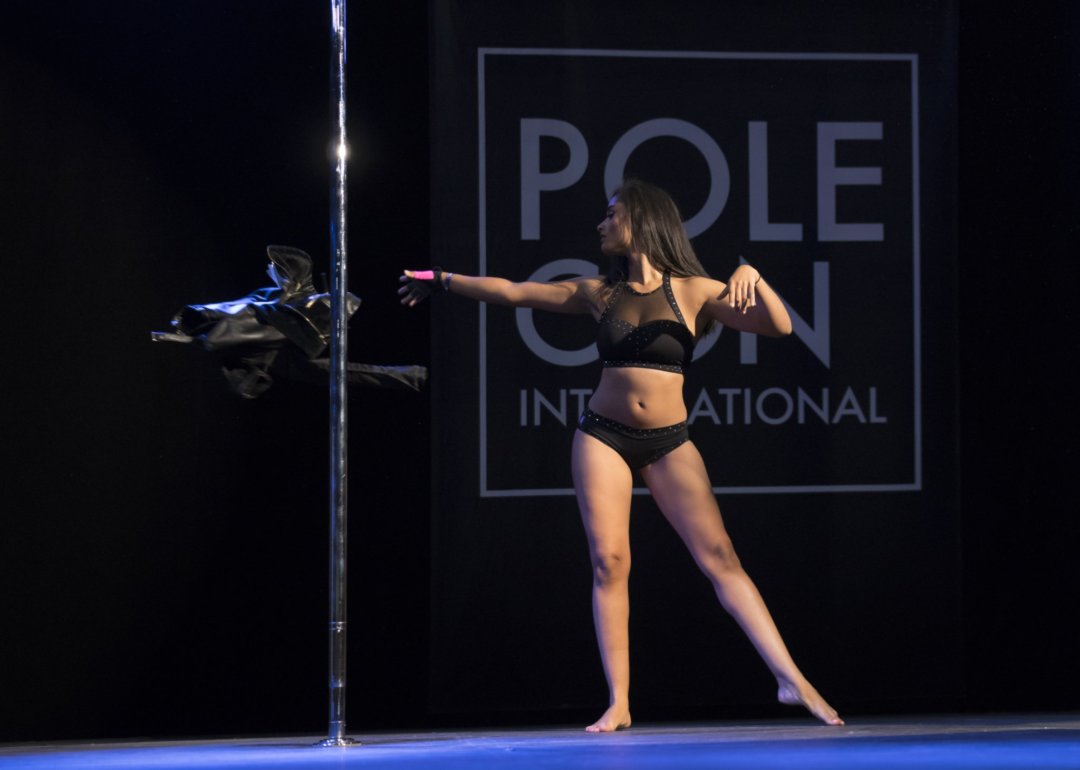 What is the first thing that happens when you enter a pole studio? Many times, you are greeted by the front desk staff who will ask for your name, check you into your class, and give you a waiver to sign if it’s your first time visiting the studio. As someone who has a longer-than-average, uncommon name, I have had some less-than-ideal experiences in my life with how people handle my name, including at pole studios. Pole studio staff have called my name “weird.” I have gone through a whole class being referred to as “you.” I have also had staff repeatedly skip over my name while checking attendance “because they didn’t want to say my name wrong.” These incidents made me feel unwelcome in an environment where everyone is supposed to feel accepted.

Anyone who walks into a pole studio for the first time is probably already nervous, and actions like those listed above can cause a new student even more discomfort. For a more regular student, these experiences can be exhausting – my identity is important, and I deserve to have my name acknowledged like every other student.

I cannot speak for everyone who has an uncommon name, but here are some common questions I get asked and some tips that would make me feel less alienated:

This is my first time meeting a student, and I’m unsure of how to say their name. What should I do?

Try saying their name, just like you would with any other person. We will appreciate your attempt, and it helps us feel included.

Ask if you said their name right, and if not, ask them how they say their name. If they have a nickname or another name they prefer, they will tell you.

What else can I do to ensure everyone, regardless of their name, feels welcome?

If you can’t remember their name, then just ask again.

I am not offended if someone doesn’t get my name the first time. Recognize that the ethnic background or gender of their name may not be the same as that of the student

Ask before using the student’s real name online for social media posts, studio showcases, or other public and online platforms.

This is a good practice for all students, but can be especially important for students with uncommon names since all search engine results of their name may lead back to only them. By including their real name, you may unintentionally out them as a pole dancer to everyone who searches their name. For example, a hiring manager who googles your student in order to find their LinkedIn profile may also find an image posted on Facebook from your studio showcase.

What should I NOT do if I am unsure of how to say a student’s name?

Don’t skip over a name you are not familiar with because you can’t pronounce it or won’t say it properly.

I understand some people think mispronouncing a name is disrespectful to the student, but skipping over a name you are not familiar with actually alienates us even more than attempting to pronounce a unique name because we are not being treated the same way as other students.

Don’t skip over a name you can’t pronounce because “everyone knows who you are talking about.”

After growing up in a city where everyone knew me despite not saying my name, it made me sad that everyone else got to be called by their name, and I was called “you know who I’m talking about.”

Don’t call a name you are not familiar with “weird”, “different”, or other negative and other-ing words.

Once again, this is very alienating to a student with an uncommon name especially if it is culturally significant. The name may seem ”weird” in American/Western culture but be the “Jane Doe” equivalent in Russian, Chinese, or Mexican culture.

I understand that it can be uncomfortable to be in a situation where you do not know something, like how to pronounce a name, but using negative and other-ing words unfairly projects your discomfort onto the student with the uncommon name.

As the world becomes smaller and cultures and ethnicities mix, one of the many things that will be shared between us all will be our names. Please help normalize the fact that not everyone will have a name that is familiar to you. This will help ensure that anyone who walks into a pole studio can feel included and welcome. Ultimately diversity and our individual uniqueness should be something that is appreciated and celebrated, not something that contributes to an uncomfortable pole studio experience.

Ari Pole Dancer
Ari grew up in the Southern United States and began pole dancing in 2015 to make friends while doing a summer internship. She was initially drawn in by the cool tricks (which will always be cool!), but now also enjoys working on improving her body mechanics and movement on and off the pole.Ari currently splits her time between her muggle job in STEM and the pole world in Los Angeles.

Pole at the Superbowl

Do you feel like you’ve gotten stuck in a rut in your pole training? Can’t…

Covid-19 and The Pole Industry: Part 2

Covid-19 has made this year a tough one for every community and industry. And, unfortunately,…