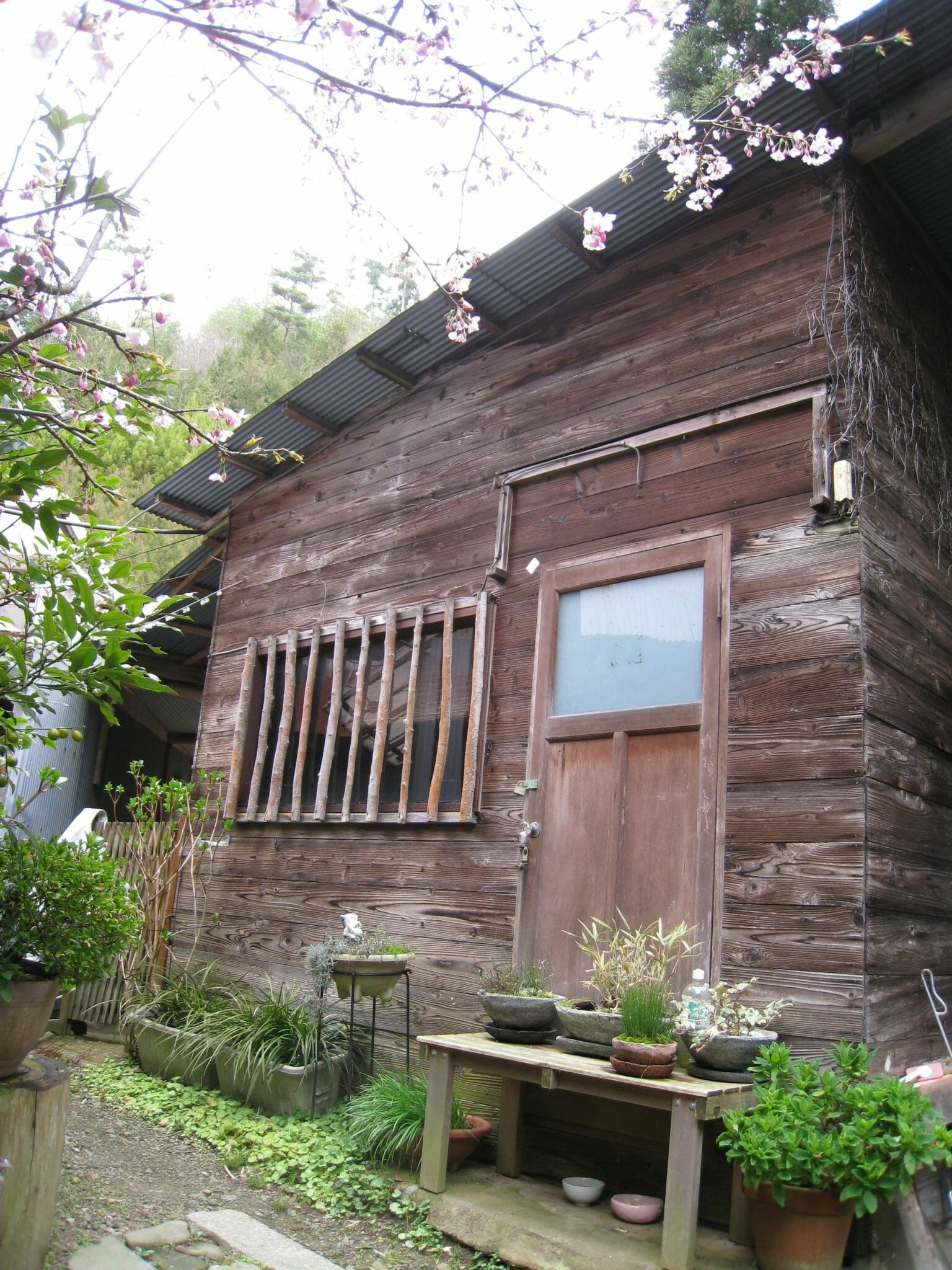 I recently completed a two year international tour with the spiegeltent show Limbo, performing 370 shows for over 100,000 people. Exiting the tent with Clover the Beagle in tow—tired, elated and wafting of Ben Gay/Deep Heat—there are two questions I’m almost always asked.

The answer to the First Question is Yes.

The answer to the Second Question is 1994.

That’s when I “discovered” I had this skill.
The skill I discovered however wasn’t suddenly being able to hold a contortion handstand. I’m not a naturally flexible or athletic person.  It’s completely unnatural, trained as an adult unable to touch his toes. The skill I discovered? Risk Taking, Challenge Making, and Answering the Call. I’d like to share with you my story of academics, acrobatics, and creating a path of Personal Evolution.

Graduating UC Berkeley in Japanese History and Geography, I received a Fulbright to Kyoto to initiate post grad research in my field: Design of Sacred Space of Japanese New Religious Movements. After completing my first year with a paper on super funded organizations’ gorgeously gilded structures illuminated by fireflies, I opted to stay a second year. Unfunded, but legal, I set out to essentially invert the first year to a personal level and discover what degree of Sacred Space could be mined within a simplicity of strength of my physical body/structure.

At 23, in 1994, this was the year my Dad says I “retired.” I moved from my downtown small apartment to an even smaller one room 10 foot square wood cabin in the mountains of Northwest Kyoto. I had hot water, a kerosene heater, an outhouse and a steep wall of cedar trees, bamboo, and a stream beneath my veranda. Aside from the occasional poisonous centipede, it was perfect; like Theoreau with a motorcycle.

Until then my personal challenges were primarily focused on the brain, but that year turned to challenging the body.  Three years prior, I took a semester off from Berkeley to perform juggling and magic shows at an Exposition in Nagasaki—a teenage passion which became my part time jobs and then my first performing job abroad.  During those three months I saw my first contortionist and yogi.  The contortionist was part of a Chinese circus, manipulating stacked trays of water off every appendage while balanced on her belly button.  The Yogi was a 50 year old Australian One Man Band who traveled the globe with a drum on his back and guitar on his front, practicing asanas each morning with a control and stability never previously witnessed.
Two very different physical forms showing me a similar control planted a “challenge seed” in me.

Settled into my mountain cabin with a pair of Gravity Boots to hang from my veranda, a book on Macrobiotics and Iyengar’s “Light on Yoga” I set out to see what extreme of strength, endurance and flexibility I could reach. This was my year to see about watering that Challenge Seed.

The “Retirement Year” came to a close, my visa was soon to expire, and it was time to make a decisive move: return to the US and board a PhD track or ….something else.  The Something Else arrived in a newspaper article about of a new form of circus theater showing in Tokyo.  My gut told me to go, so I listened, got the ticket and went. From the moment the theater lights went dark it was blaring in my soul that this was my Direction. A PhD could wait till my 40s—the next 20 years would be for physical and theatrical exploration and I was determined to become what I saw on stage.

After the show, as the audience cleared I remained alone in the circus tent. An usher approached me, asking if I was waiting for someone from the cast. Not knowing anyone in the cast I answered: Yes.  He asked if I was waiting for Rene.  I had no idea who Rene was (aerialist, director, janitor?). I answered: Yes. He told me to wait a moment and he’d be right back.
He returned, told me Rene was ready for me and guided me backstage. Oh Sh!t. Fear and excitement seeped into my veins.

Rene turned out to be the lead clown—kinder than kind, and my first Mentor/Guide to whom I’m indebted. He spoke with me for 2 hours and ultimately provided my first next step: the physical theater school in London of Philippe Gaulier. I moved to London two months later and spent a year learning that I was really only funny or interesting if I spoke Japanese.  I achieved the classic drama school breakdown/breakthrough and wanting to go deeper into exploring the physical, my next step was to find a place to start training contortion—at 24.  The place, presented through the “chance” meeting of Gypsy Snyder passing through London, was across from UC Berkeley at the Circus Cetnre in San Francisco. Three years training approximatley six hours a day in contortion, handstands and trapeze became my graduate program.
As one of the first men my Chinese trainers had worked with, they emphasized the need for me to find my “Man Contortion”–taking the traditional movements but making them uniquely mine. Ultimately I combined the Butoh I trained during the two years in Kyoto with Katsura Kan, the Physical Theater of Gaulier, and the Contortion of Lu Yi to create my Man Contortion.

But, Why do I Contort?
I embarked upon contortion to answer the call that rang that night in the circus tent. Despite not having a natural flexibility or athletic prowess, I felt my soul connect to the actions onstage and in the air, and knew the call needed to be answered. We are all a Sacred Space. Just as landscapes can posses an inherent power and be built up to further channel energy, we can physically transform, harness energies and fuel internal sparks to create a raging fire of extreme flexibility and balance.
So, Get the Ticket and Go.
And when in doubt, answer Yes.

Here are a few Questions for you:
—What is your Challenge Seed? Give it the time, light and nutrients to grow.
–What is your Circus Tent and where did you refuse to leave long after the lights came back on?
–Who is your Rene and who have you been or can you be a Rene for?
–What is your Man Contortion?  What change can you create to expand our humanness and all our Personal Evolutions.

I look forward to seeing you at 2015 Pole Convention, please stop by the USAerial Booth and say hello.

After graduating U.C. Berkeley in Asian Studies and Geography he was awarded a Fulbright to Japan to conduct research toward his PhD in Design of Sacred Space of New Religious Movements.His second research year was spent in a wood cabin with an outhouse in the Northwest Mountains of Kyoto. It was during that year he changed course from academics to acrobatics after seeing a Chinese Contortionist in Nagasaki and a Canadian Clown in Tokyo.

Unable to touch his toes at 22, Nosan moved to London for a year of physical theater and circus training, then three years as a contortion student of Mr. Lu Yi at the San Francisco Circus Centre.

Jonathan moved to Manhattan in 1998 and has since developed a unique performance and teaching style.His work has been featured in film, fashion, television/commercials and on stage.2010 brought the premier of his performemoirt piece BAGABONES and is currently touring the world with the spiegeltent spectacular LIMBO.He is presidentof Acroback Productions, a performance design firm catering to international galas and events.

He is an avid ceramacist at Mud, Sweat and Tears studio in Manhattan.

Pole Dance Your Way to a Toned Body

Do you swing both ways? On the pole, I mean. Everyone has a dominant hand/side…

As a pole athlete, I spend most of my time either contorting myself into crazy…