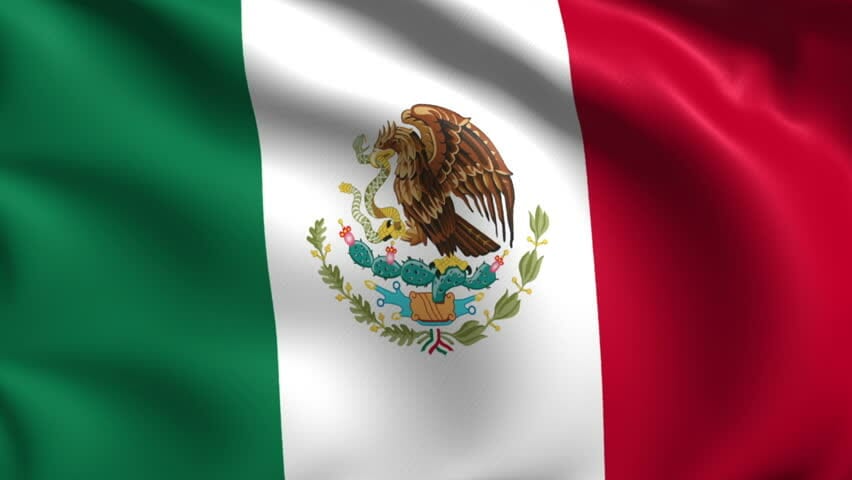 It’s been only a few years since pole dancing became acknowledged as a sport in my country of Mexico and I expect a few more years will go by before it is accepted as something “normal.”

Stereotypes exist all around the world and in everyday life. In most places, pole dance is known as something sexual rather than sexy. It is a common practice in strip clubs, which has formed a stereotype around it. I do not judge strippers nor dancers who work in such places, but I do think there is much more to this sport than that – more ways to explore pole, more styles, more people to do it, and other things.

The strength and discipline required is almost never noticed when people criticize pole dancing. Few people realize everything it takes to go from a first class to an entire routine on the pole. This is a problem we face every single day.

In my country, women who dance in strip clubs are known as “teiboleras.” It is a rather offensive word, but, as everything else in my country, most people use it jokingly. The first person in my family to take pole dance lessons was my aunt. She is very thin and has sensitive skin so she was full of bruises most of the time. No one seemed to pay much attention to her bruised stomach rather than to the fact that she was taking “teibolera” lessons. At that moment I didn’t saw much wrong in it, as it appeared almost a joke.

The second person to dance on the pole was my cousin. The story repeated itself, except this time, after a few weeks, she asked me to join her. In my first class I discovered there was nothing to joke about! It is not even easy to hold the pole right, just imagine the strength it takes to go any further.

I started investigating and learning the differences between pole dance and pole fitness, watching videos and realizing the amazing things other women are able to do with their bodies, I started admiring the so-called “teiboleras.” I realized that I have no right to judge these dancers, neither do I have the right to make any jokes about it.

But then the situation turned around: jokes were about me. When people asked me at school why was I getting so thin or why was I so tired and I told them, they started laughing and asking if I was actually doing that. I invited most people to come and try at least once, but most said no. “That is not for guy,” some said. Of course it is for guys, it is for everyone! One of my instructors is a guy and he was probably the reason I lost so much weight and managed to go from amateur to at least a basic dancer.

Then there were the people outside the studio. Our studio is mostly made of glass and in the middle of a rather big avenue. Of course people stare. The people on the restaurant across the street turn their chairs around to get a better look. Some couples walking back comment on us; people waiting on the bus spend their time watching the classes. Old ladies that go by stare and either nod their heads or smile. When we are up there we don’t know what they are thinking and I don’t think we actually care. I think maybe the more they see it, the more “normal” it will become, and the less they will judge us and then more people will join us. At least I hope so.

Of course there are also the “you’ll get so many guys” comments. Pole dancing is something that is easily sexualized. I had to take classes with a girl that was forced to take a month of classes by her boyfriend so that she could dance for him. First of all, she never came back. Second, you could see how little she wanted to be there: she didn’t try hard, she always complained, and she looked at the rest of us in a rather uncomfortable way. Pole dancing is not something you can force your partner into nor something that you should do only for a partner. It may be nice to use your abilities to have some fun, but there is much more to it than that. Before you actually look sexy, you go through every weird phase you can imagine: from looking like a piece of Jell-O to a weirdly shaped spider. The important part is how you feel: you feel powerful, sexy, strong, beautiful. You simply feel amazing! That is something those who judge pole dancing surely don’t know.

It is not all that bad. In the last few months I have convinced my family members of the hard work it takes to practice, I have learned of friends that have practiced it too and many people, once I explain what we do, seem to appreciate the mental and physical strength required.

Pole dance is not necessarily something sexual; it is not something we do for men, nor something effortless. It takes determination, pain, hard work, and lots of courage to go everyday and “face the pole.” You might face your fears and insecurities, only to find out they are not as bad as you think and to end up feeling empowered and beautiful. That is what this is all about. Don’t listen to judgment; act to change it. The more we show the inner and outer strength we have and share it with the world, the more people will understand what pole dance actually is and try it themselves! #polelove

Fernanda
19 years old, just finished third semester in Biotechnology Engineering. Proud Mexican, started practicing Pole Fitness on December 2016, only six months ago. Never had any experience dancing or even practicing any sport, so Pole is probably the first physical activity to catch my attention and become a passion in my life.
Latest posts by Fernanda (see all)
conservative countryeditorialhow to pole dance in mexicointernational bloggermexican opinionmexican pole dancerop-edopinions of mexican pole dancerspole dance as a sportpole dancingpole dancing in a conservative countrypole dancing in mexicopole fitnesspole fitness as a sportpole lifepole lovepole sportpolecon
Share This
Related Posts

Hardcore Bodies need Hardcore Treatment: How Rolfing took away my chronic back pain

At the age of 10, I was checked for scoliosis in a routine public-school screening…

PoleCon 2017 is almost here, and that means it’s time to grab your spots in…

Our performers come from all around the world! #po

Get your own #polecon pants! #linkinbio > store !

What a wonderful piece in @voguemagazine featuring

If you’re a Georgia 🍑 voter — #getyourbooty