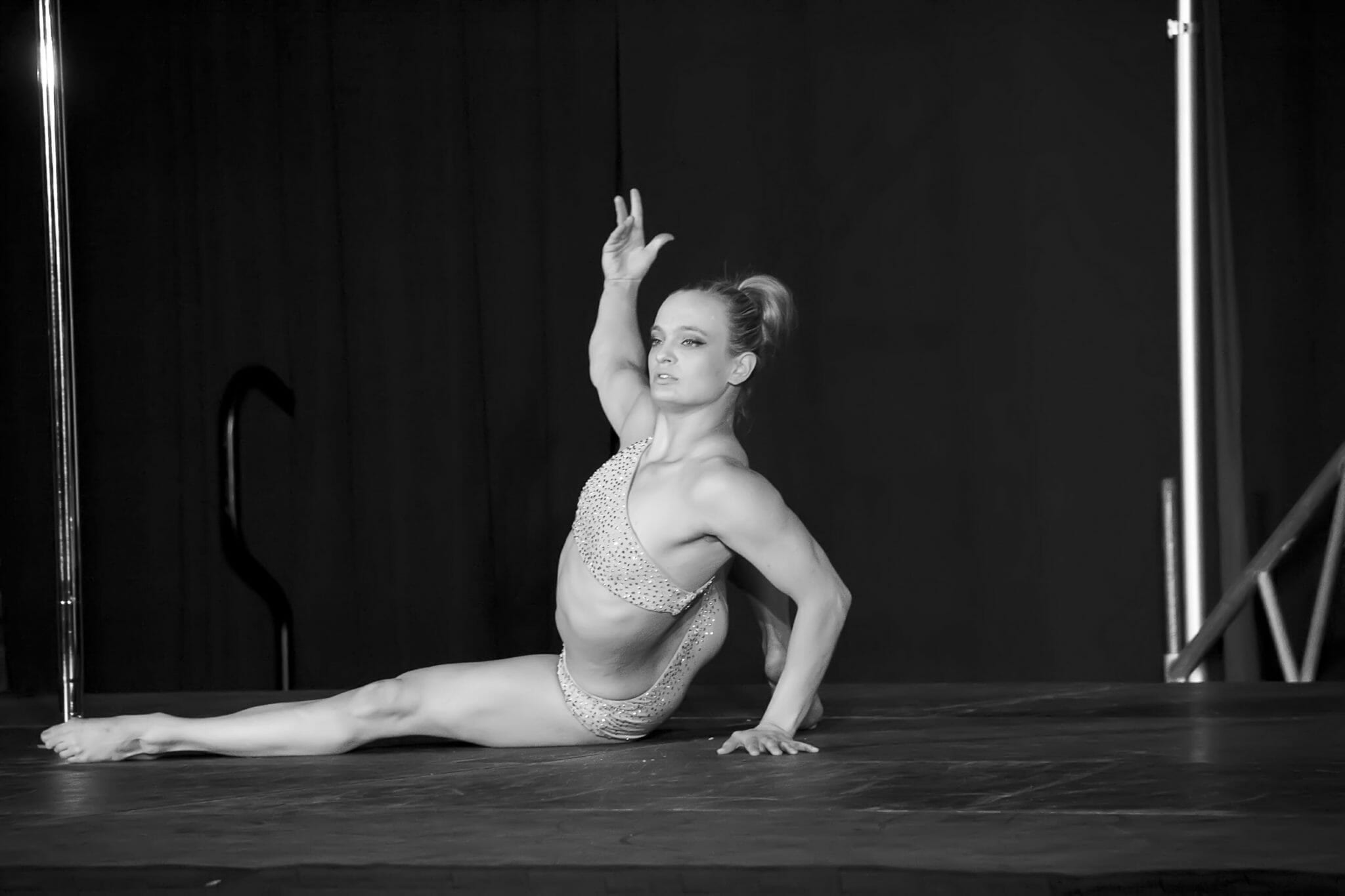 There are plenty of pet peeves that people have when it comes to pole class. While there are a number of small, annoying habits, some are disrespectful and/or dangerous. If you avoid these 7 deadly sins of pole class you’ll definitely make it into pole heaven.

Listen y’all, it should take less than one pole class to realize you don’t want your skin to be slick when you are pole dancing. Wearing extra oils and moisturizers will not only prevent you from sticking to the poles, but it also makes it more dangerous for others. Even if you wipe the pole down, you will likely leave behind some slickness on either the pole or towel which can easily turn the whole class into a vertical Slip n’ Slide (not the safest when you consider how much our heads are facing the ground). If you know you’re slippery from oils, whether natural or otherwise, clean the pole for you and your polemates. On the flipside, if you are slippery from being too dry there are some moisturizers that can improve your grip and are pole safe. For dry skin, try glycerin-based sprays and lotions with no oil in them.

2. Wearing too much grip

I could honestly care less most of the time how much or what grip someone wears. I personally try to use as little grip as possible since I tend to be more dry, but that doesn’t mean I don’t use the occasional grip aid on sweaty days. My biggest gripe on wearing grips is not cleaning the pole after using them. Everybody reacts differently to different grips. Using myself as an example, I get slippery with iTac when many people get amazing grip with it. I have also gotten too grippy and ripped skin from left over grip products on the pole. Some people suffer allergic reactions to some products. It is important to wipe down your pole after you are done even if you think it is the perfect grippyness. Don’t assume your polemates want the grip, and communicate on how clean you both want the pole.

Everyone that comes to class deserves equal chances of being on the pole. This goes for both allowing others to have a chance to use the pole you are using and participating yourself. It really sucks being the person waiting to get on the pole when someone is hogging it. No one wants to be that person who feels like a dick for asking for a turn, though you absolutely should feel like you can.
Conversely, everyone should be an active member of the class. It’s awkward trying to get your pole buddies to participate when it feels like they don’t want to be there. It’s also exhausting to have to fill up the pole time doing tricks over and over without someone working in with you. Group fitness classes are group efforts. Cheer each other on, and work on the material given in class.

4. Working on tricks not relevant to class

As an instructor, it is so scary helping a student with a trick you are teaching and seeing another on the other side of the room attempt a new trick for the first time with no instruction. It is especially important to work on classes relevant trick in beginner through intermediate classes. First, intro classes take more instruction and guidance from the teacher than advanced classes so the instructor needs to be able to get around to everybody when teaching a trick. Second, whether you are advanced enough for that trick or not, it is inappropriate to go to a lower level class and work on a bigger trick. You came to class to learn at that level, so work at that level. Same principle applies for the type of class. It wouldn’t make sense for an instructor to put a bunch of fonjis in an exotic low flow class, so why would it be appropriate for you to try an aerial trick in a low flow class? Come to class and work on the material your instructor worked hard to put together.

Whether talking with a friend or with the instructor themselves, talking over the instructor while they are explaining a trick is not only disrespectful to the instructor and the other students, but it’s also dangerous. You need to give them your full attention so that you can make sure you are attempting the trick safely. Similarly, instructing when you are not the instructor is also dangerous and rude. The instructor is there and being paid for a reason, and that is because the studio trusts them to teach at their level of expectations. Instructors are also insured against any accidents that happen in class, so teaching without permission can be really dangerous and void any kind of safety blankets the studio has in place for accident. When you come to class pay attention to the instructors, and allow them to do what they are meant to be there for.

6. Texting or talking on the phone

I feel like this goes without much explanation, as it is rude to be texting or talking on your phone in the middle of most social interactions. Texting or talking on your phone shows that you aren’t engaged, and communicates with the rest of the class and instructors that you don’t want to be in class fully. When you aren’t paying attention, you are also risking your own injury and not being supportive of your polemates. Be a present and positive contribution to the pole class you are taking. Of course, there are exceptions when you need to be on call for work or for family emergencies. In these instances, let your instructor know that you need to keep your phone by and will step out if you must take any calls.

The pole community is an open and loving one. Talk to yourself like you would talk to your friends. You would never tell a friend that an outfit makes them look fat so why would you say that to yourself? If your friend was down on themselves about a trick would you encourage them to give up? I’m going to assume not; so why would you want to give up on yourself? Being self depreciating brings negativity into the environment, and even if you think it only effects you, it doesn’t. I have been to very few studios where people aren’t ready to cheer each other on. Pole class is like a mini vacation. Try to leave the outside world at the door, and bring in the positivity.

Avoid these dangerous and sometimes rude mistakes in pole class. Occasionally we all slip up, but it’s important to just be positive and communicate with our instructors and polemates to insure a fun and constructive environment to pursue our vertical dreams. Don’t worry if you commit a sin every once in a while though. All pole dancers go to heaven 😉

Bailey Elizabeth
Bailey Elizabeth is a St. Louis based pole dancer and instructor. It didn’t take long for her to fall in love with pole dancing before she was locked into its sexy gaze. She has competed and performed across the US since 2016. She has a fondness for exotic styles and loves challenging herself by constantly freestyling, and encouraging others to do so to find their own style and unique flow.

When she isn’t pole dancing, she reverts to her self-proclaimed nerdy self, fantasizing about her next adventure or obsessively discussing Harry Potter fan theories across the internet.

From Pole Dancing to Stripping (and everything in between)

My personal pole journey began a little over seven years ago. At that time, it…

How to market your pole studio

Pole studios share much with gyms who offer deals and promotions on a cyclic basis.…

I’m NOT a Sexy Pole Dancer…Or Am I?

We live in a world where being sexy means putting on your 8 inch heels,…