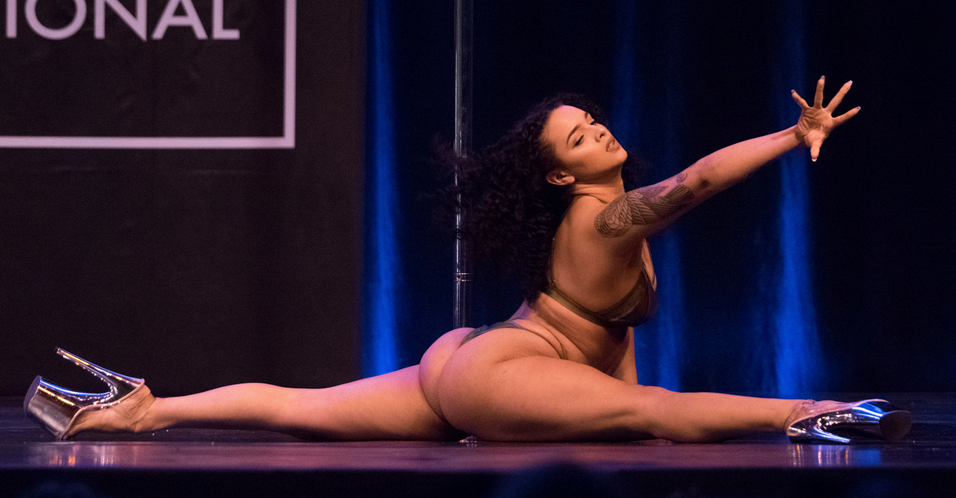 Before I purchased my motorcycle, I took a safety class. The first lesson the instructor taught us was at some point in our riding lives we were likely to “lay the bike down.” This is a term referring to when the rider takes a serious action that may damage their bike and/or themselves to avoid a possibly bigger/more dangerous action with an obstacle or another vehicle. It was not a guarantee that we would get hurt or hit for simply riding motorcycles although he did stress that motorcycles were statistically more dangerous than cars and it was in our own best interest to be alert and mindful while on the road.

Pole, while obviously not the same, has some relevant parallels to riding a motorcycle. It can be dangerous, is SUPER DUPER fun and whether you are a teacher or a student, it is in your own best interest to be alert, educated and mindful of yourself and those around you.

Unlike motorcycle licenses and rules, which vary from state to state and country to country, there are currently no rules or standards in pole even on a local level. There are no standards for equipment, for safety devices or methods, for progression, for teaching, for learning or for insurance. Some people learn on brass pipes in a club under the watchful eye of nobody while other studios stuff a 5-inch crash mat under each student who even looks at a shiny “professional grade” pole.

I’m not going to talk about equipment, proper progressions, teacher training options or even safety mats – each of those are important and detailed topics in their own right that all contribute to keeping our the people that comprise our industry safe. I am going to talk about something that every teacher and every student can implement regardless of level and experience with specific examples of how I use these tools in my classes.

One way to prevent pole injuries

I believe that true, honest, open and regular communication between teachers and students is the biggest way to prevent injury.

I start every class with two questions: “how are we doing today” – designed to check the overall vibe of the class (Are we tired? Are we angry? Are we excited?) – and “any injuries, anything feeling weird?” I have a few students with chronic issues such as severe scoliosis, autoimmune conditions, regularly wonky body parts (such as hips or shoulders) perhaps from a old injury or medical device as well as those with more acute or short term concerns such as those who are pregnant, who are recovering from some injury or just woke up with a weird pain that day from sleeping funny.

After checking in and confirming either the new or “regular” injuries, I give the class permission to not do whatever we are doing that day. I give them permission to take a break and to report on how they are feeling and where they are feeling a particular sensation. I talk ALOT and work to give my students a vocabulary of how to describe pain which is a common phenomenon that doesn’t have it’s own universal language. Is it stabbing? Is it sharp? Is it the “I’m stretching outside of my comfort zone” pain or is it “I’m about to pull something” type of feeling? Are you “just tight” or is something else going on? I encourage students to talk in class about how they feel making it safe for everyone and also apart from class for things they feel less comfortable sharing publicly. We discuss stretching and strengthening and I name as many body parts as possible to engage and release in movements using both the common name and the scientific name. I use welcoming phrases like “it’s not a competition,” “go to your personal maximum,” “start slowly,” and make it clear that their emotions and feelings of fear are normal and surmountable, although not necessarily all conquered today. I share my own stories of how long it took to achieve certain movements and all my wonky “body issues” normalizing and celebrating how unique and different our bodies are and I encourage my students to ask for help – whether it be getting a crash mat, asking for a spot, asking for another demonstration or for a modification of the movement to suit where they are at that day in terms of physical, mental and emotional well being.

And despite all the talking and support and encouragement, sometimes even my students don’t speak up and they get hurt.

When you don’t speak up

I had a student who would come regularly to my stretch classes and then stopped. This start-stop habit was pretty regular for her and I didn’t notice it until she sent me a message that her lower back had been hurting since the last class she’d come to. At class, she did not comment on being in pain. No other students commented on being in pain doing the same motions. I had no idea she was in pain and I had no idea if what we did in class was the contributing factor or even if the pain she was reporting was more than “normal” soreness. Perhaps she had not engaged her muscles properly as I had cued; perhaps she has been sitting at a desk too long putting pressure on her low back outside of class that acerbated our stretching movement; perhaps she has an undiagnosed chronic issue; perhaps a million other things that contributed to her pain that were not “my fault” but had now become at least in part, my responsibility. I was surprised, upset that she was hurt presumably from my instruction as I want all my students to progress at a safe rate and so gave her the generic advice I learned in my personal trainer certification for basic injuries AND also recommended she see a doctor, a chiropractor, a physical therapist or someone significantly more qualified than myself to diagnose what was happening.

Why had she come to me and NOT seen a doctor? Why had she potentially pushed herself passed what was apparently safe for other students?

The problem with power

Particularly as women, we defer to people in positions of power. We want to trust them, believe in them, to impress them. We don’t want to disappoint them. We don’t want to speak up. In most of my predominantly female classes even when I am pushing the class hard in a conditioning activity or in a stretch that is challenging, very few people talk, speak up or even grunt. As soon as one woman does or as soon as a man comes to class and grunts or otherwise makes the “I’m uncomfortable this kind of sucks” noise (which seems much more common in men than in women) – suddenly everyone starts making noise! They have been freed from “being polite” and can now express how they are really feeling and start “squeaking” at every middle split progression or after every “time for pushups!” exclamation.

I have another student who bruised a rib while practicing for a showcase performance. Still, she came to class and dutifully reported her injury during the warm-up question and answer period. As this was a more serious injury than usual, I got the class started on an activity and went to chat privately with her. Yes, she had seen a doctor and she was honest about her “extra curricular” activities, yes the doctor was concerned about her inverting. So why was she here? She didn’t want to miss class. She didn’t want to miss her friends, miss out on learning, she didn’t want to disappoint me. I told her I was impressed with her gumption and strength but concerned that any of the inversions we were doing that day, as it was an advanced “tricks” class, would hurt and would potentially do more harm than good. Still, she tried an invert “just to see” and it was clear from the grimace on her face she was hurt even though she vocalized that it was “not that bad.” I told her to sit down – she could take notes for later or she could head home. She was too worried about everything but her physical well being to accurately assess and report on how she was feeling.

Injuries happen; they aren’t your “fault”

Injuries can happen inside the studio or outside the studio. Sometimes doing a new movement can aggravate an old injury and sometimes shit just happens and despite doing a move safely a million times you simply slip slowly to the ground and break a toe on contact which happened to me annoyingly in the middle of teaching a class.

Injuries are no one’s “fault” although many injuries can be prevented if there is a healthy culture of communication from student to instructor. Instructors don’t know how you are feeling, they literally have no idea if something is hurting and likely as instructors, they have more stamina than you and safely can execute a move several times in a row, or go deeper in a stretch or lift more of their body weight than you can. The same goes for instructors too – if you encourage your students to communicate with you; you have to actually listen. If someone says they are slipping, have them stop. Don’t discourage use of crash mats, actively spot and really listen to both the words and the bodies of your students in assisted stretching techniques. A little pressure can be good, but a lot can be disastrous for the emotional and physical well being of your students.

Students, understand that your teachers are not the mystical unicorns you make them out to be. They are just people sometimes with a lot of education and experience and sometimes with very little. Pole is moving very quickly and there seems to be a push, at least in some places, for more extreme acrobatic movement and flips. Respect if your teacher won’t teach you movements they think you are not ready for. And if a teacher asks you to do a flip and you’re not comfortable for whatever reason – don’t do it!

Take personal responsibility for your body, promote open and positive communication and know your limits. Even though it can feel like it sometimes, pole is not a race – there is no “right” path or specific timeline. Don’t push yourself or allow yourself to be pushed in a way that you can be injured or that makes pole no longer emotionally worthwhile. Listen to your body and talk to each other.

Follow me
Colleen
Colleen Jolly is an AFAA-certified personal trainer, elevatED-certified pole teacher, entrepreneur and pole dance competitor. She has been poling for 10 years, is the CEO of the International Pole Convention, the Executive Director of the IPIA. She teaches pole dancing online for 123Poling.com and in the DC metro area at FIT4Polers and MyBodyShop. She has been active in leadership roles and Board positions in arts and association non-profit organizations; and is also an award-winning pole dancer, artist, writer, and speaker on visual communications and general business topics around the world.

Right now, to keep the event going, I need most people who have already purchased…

Design Hacks: How to look professional on a budget

(previously published on the Bad Kitty blog, republished with permission) In an ideal world, we…